Posted on February 8, 2019 by Administrator

WHAT’S NEW
at
YOUR VOLUNTEER CENTRE? 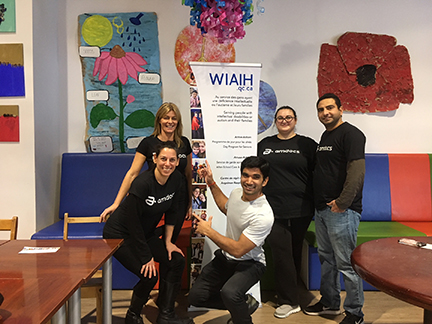 The smiles have it!  A crew of industrious and enthusiastic AMDOCS volunteers recently helped out at WIAIH’s Angelman Respite Centre.  The Centre offers families respite services, providing participants with adapted programming and numerous opportunities for socialization and stimulation. 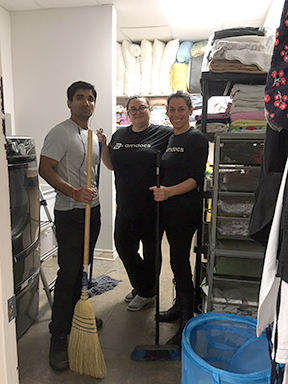 Ms. Vaillancourt thanked Volunteer West Island and the team warmly for all their help, “Even in a snow storm dedicated AMDOCS volunteers came to the Angelman Centre and did such an amazing job! The centre is in top shape, all thanks to the group. The participants and staff are so very grateful!

We hope to benefit from the AMDOCS volunteers again soon!”

Quynh Dao Phan graciously responded, “We look forward to working again with you in the near future!” 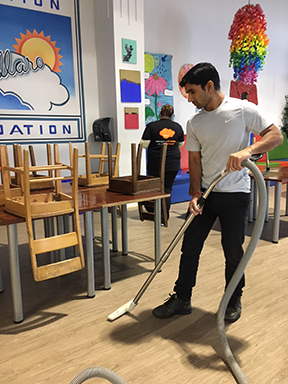 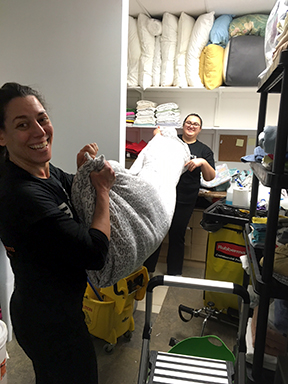 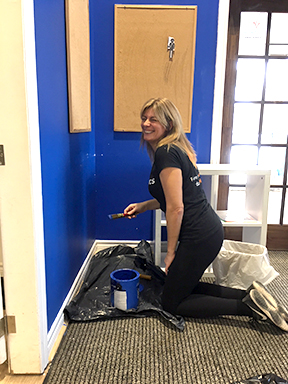 Teams of industrious volunteers from the Montreal-Lakeshore Rotary branch and from Cummins Diesel recently came together in a joint effort to decorate and put up  Christmas decorations for the residents at Sainte-Anne’s Hospital in Sainte-Anne-de-Bellevue. 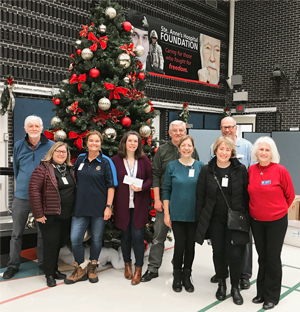 During their visit, members of the Rotary club presented a Rotaide cheque to the Quebec Veterans’ Foundation.

“It was a real pleasure working with both of these groups and it was a very fun day”, said Ms Shand, “They helped put up not just one Christmas tree, but eight with many other decorations!  They decorated the whole hospital.  Two cafeterias, the chapel, the family room, the Rendez-vous, the auditorium and the Pavilion side of the hospital.  It was a big task but they did it in a half a day!!!  Cummins volunteers will be returning in January to put away the decorations after the holiday season.”  How perfect is that?!?

Lending a hand, making a difference for others