Montreal-Lakeshore Rotarians Reach Out, Making a Difference at Sainte-Anne’s Hospital

Posted on August 2, 2018 by Administrator 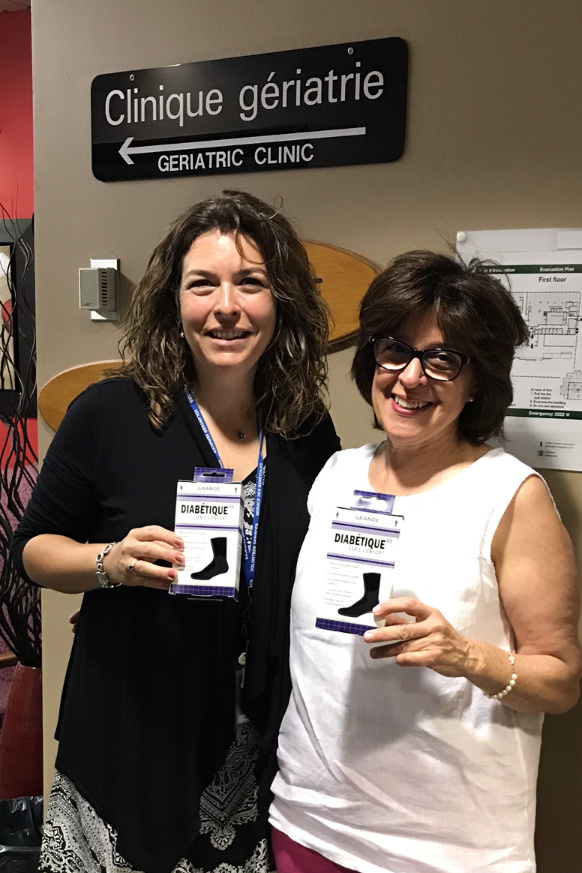 Tania Shand, Volunteer Coordinator at Sainte-Anne’s thanked VWI, “I received my first donation of socks last week and it made many residents happy…we had another request to have some diabetic socks.  They are expensive but essential and some of our residents cannot buy them”.

Fortunately, the SOX FOX has good friends and immediately contacted the Rotarians.  Within a short time Brenda Scalzo, Community Service Chair for the Montreal-Lakeshore Rotary Chapter, had worked her magic and, thanks to her and the generosity of the membership, it was a done deal!

Everyone deserves to have warm feet!