The West Island of Montreal Chamber of Commerce (WIMCC) recently held their 32nd Accolades Gala.  This highly anticipated annual event provided excellent visibility to its partners, celebrated the achievements of these community organizations, and recognized their contributions to the West Island.  This year’s theme, Get on Board with the Chamber, highlighted the important role the WIMCC plays in representing the interests of its members.

Since its inception in 1978, the West Island of Montreal Chamber of Commerce has been the voice of the West Island business community, encouraging and promoting the development of this important aspect of West Island life.  More than 300 members were on hand at the 2017 Accolades Gala to celebrate the recipients in 10 categories, chosen from amongst 127 nominees, as they received their awards.

Volunteer West Island, shortlisted among the three finalists in the category of community service, was selected as the recipient of the award by the three-member jury, earning the Partage-Action Community Service Award.  Executive Director Lynda Barrett and Board President Anne Pertus were present at the ceremony to accept this honour.  The West Island of Montreal Chamber of Commerce warmly congratulated all finalists and recipients of the 2017 Accolades Competition. 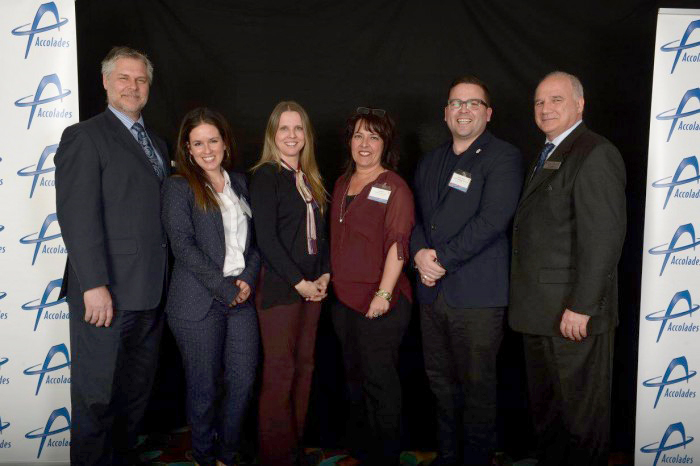